Stormy Weather or Snow and Ice 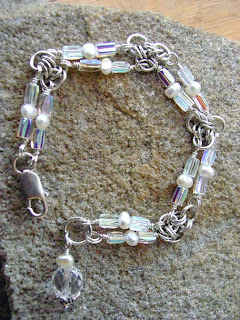 This is my latest addition to the Year of Jewelry blog for week 7 "Stormy Weather". Once you get an idea in your head, it can
be really hard to consider anything else. I knew I wanted to use the AB faced tubes and any other bead I had that look like
ice and snow, so pearls were chosen. Then I picked the design (not that easy as I considered several but were either too influenced by what I had seen on the site already or I had done something like it recently). This chain design was inspired by
Scott David Plumlee. He had used carnelian tubes and I made a mental note that this was a chainmaille design I'd love to try.
Having completed this one however I think I'd pick stones that can stand up to the sterling silver rings. I love pairing pearls
with SS rings but somehow the translucent tubes seem too delicate. I think I accomplished the feel of snow and ice (or stormy weather) though....The bracelet measures 8" with a SS lobster clasp. I believe the ID of the rings were 5.0 and 16ga for the larger of the two sizes and 3.5 ID 18ga for the smaller. I like the way the position of the three larger rings between the
tubes and pearls stagger rather than sit side by side. Unlike other chainmaille designs that can be tumbled for strength and sparkle this design cannot because of the pearls, so anyone contemplating a design such as this should tumble and polish beforehand.......all in all, I'd do this design again.......
Posted by Joanna Olson at 2:54 PM No comments: 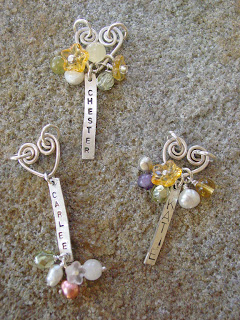 This is what happens when it's cold and windy outside and I sit down to play at my worktable without any preconceived ideas.
A little Spring floral thing happens and voila, the start of a new series. Embossed sterling silver suspended from a heart scroll nestled in a little bouquet of pastel pearls, crystals and glass flowers. See my online shop at http://www.jools2.etsy.com
Posted by Joanna Olson at 7:54 AM No comments: 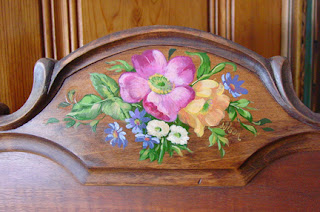 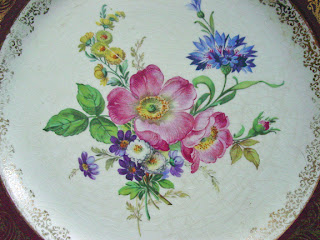 I've been asked to paint a floral design on a bedroom set and took my inspiration from a vintage floral plate. Here is the plate and I'll post a picture of the result as soon as I'm finished...........and here it is...........
Posted by Joanna Olson at 7:48 AM No comments: 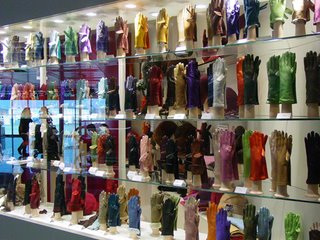 Not that I have any special affinity for gloves but this window reminded me of a color palette so I took this picture. This was
taken at the airport in Rome as I headed for the gate to return home....
Posted by Joanna Olson at 2:14 PM No comments: 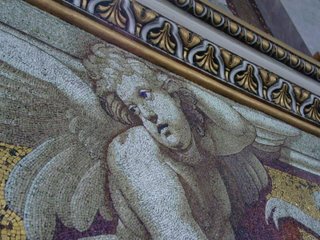 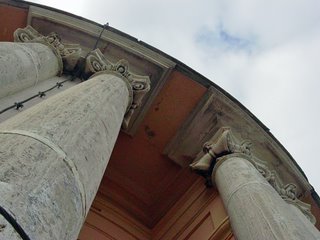 If there is a stairway to heaven this has to be it. After taking an elevator inside of the Basillica of St. Peter's you climb 320 steps curving around and around inside the cupola and the walls become increasingly sloped and narrow. This is no place for
claustraphobia and no changing your mind either. There is no going back. Once you've committed to the climb it is only onward and upward. But these images are the reward.......the mosaic angels line the inside of the cupola and are breathtaking and so is the view at the top on the "outside"!.....If I knew how to add the audio I'd include the peeling of the bells while we
were at the top.......
Click on the pic for a larger image.....
Posted by Joanna Olson at 2:06 PM No comments: 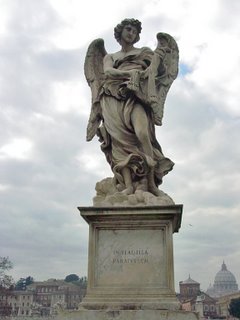 A little mid-winter inspiration arrived in the form of an unexpected trip to Rome for a few days. An opportunity to see Murano glass and jewelry up close from the country where it originated. Although I always bring a sketch book I could only look in awe and try to absorb the beauty of the paintings, mosaics, sculptures, history and of course, the glass. This is a statue that lined one of the bridges crossing the Tiber river with a view of St. Peter's in the background.
Posted by Joanna Olson at 1:55 PM No comments: 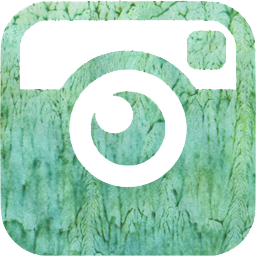